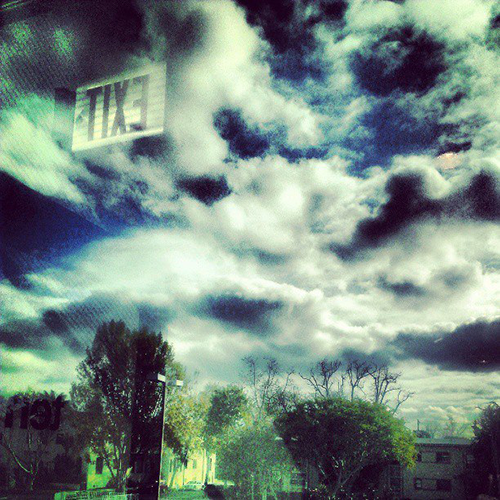 Some are pretty straight forward.

If it hurts, stop.

Oh yes. This one. Seems straight forward. But how many times have we heard, “listen to your body” or “back off if you feel any strain” or “take rest if you need it” and instead of listening, backing off, taking rest, we’ve ignored that knowing voice, rationalized the pain, and denied ourselves relief?

I’ve heard the saying, “If you want to practice when you’re seventy, practice at seventy percent.” Sure, sure, I get it, I want that. I want to be the silver-haired yogini goddess who reaps all the body-mind-spirit benefits of decade upon decade of mindful, authentic practice. I want to trust the process and evolve and build a foundation that will sustain me beyond my current class.

But I also want progress. I want measurable improvement. I want to balance longer, kick higher, extend further. But at what cost? Dare I admit, I’ve missed weeks of yoga because I pulled my back forcing it into upward bow when I knew somewhere deep I should have stayed in savasana?

So I have two options. Continue to push, grasp, hurt (which doesn’t really add up to much). Or measure something more important.

How about this? I first started hot yoga because of my panic disorder. Along with generalized anxiety, I have full-on-hit-the-floor panic attacks. I manage with meditation, medication, and a whole lot of yoga. Until five years ago, I’d never consistently practiced in hot rooms because they are All of the Things on my check list of panic triggers. So when I had the opportunity to revise a role in a play for a west coast premiere, I reasoned with myself that if I could endure an hour in the hot room, surely I could return to the theatre and brave an hour onstage.

I had four months before first rehearsal. I went to the hot room every day. The first week I put my mat just inside the door, so close you had to step over me to enter. The second week I moved a little farther in but still had easy access to the exit. Week by week, I continued venturing. There were classes I wanted to run from, to race for the door. There were classes I was stuck to the floor in savasana, my fingers and toes going numb. Yet week by week I marveled at being able to stay in the hot room. How could I forget just being in the room was my initial goal? And staying in the room was my triumphant success? Every single day I had something to celebrate.

Attempted Eagle pose and stayed in the room. YES!

Took Child’s Pose and stayed in the room. AMAZING!

Spent over half of the class not thinking about being in the room. HUZZAH!

This website uses cookies to improve your experience while you navigate through the website. Out of these, the cookies that are categorized as necessary are stored on your browser as they are essential for the working of basic functionalities of the website. We also use third-party cookies that help us analyze and understand how you use this website. These cookies will be stored in your browser only with your consent. You also have the option to opt-out of these cookies. But opting out of some of these cookies may affect your browsing experience.
Necessary Always Enabled
Necessary cookies are absolutely essential for the website to function properly. These cookies ensure basic functionalities and security features of the website, anonymously.
Functional
Functional cookies help to perform certain functionalities like sharing the content of the website on social media platforms, collect feedbacks, and other third-party features.
Performance
Performance cookies are used to understand and analyze the key performance indexes of the website which helps in delivering a better user experience for the visitors.
Analytics
Analytical cookies are used to understand how visitors interact with the website. These cookies help provide information on metrics the number of visitors, bounce rate, traffic source, etc.
Advertisement
Advertisement cookies are used to provide visitors with relevant ads and marketing campaigns. These cookies track visitors across websites and collect information to provide customized ads.
Others
Other uncategorized cookies are those that are being analyzed and have not been classified into a category as yet.
SAVE & ACCEPT